The women of Generation Fabulous are out to show that the internet isn’t just for kids (and their moms). I’ve been part of this “voices of midlife” community for a few months, and it’s grown too big for Facebook to hold it any more. Founding members Sharon Greenthal, Chloe Jeffreys, and Anne Parris have just built GenFab its own little bit of online real estate, and it’s opening the doors to host the group’s monthly Blog Hop. This month’s theme is “Aging Gracefully(?).” Since this is the time of year when I think about that particular subject anyway, I wasn’t about to pass up participating, even though I really shouldn’t have stolen the time to write this.

“But I was so much older then
I’m younger than that now”
–Bob Dylan, “My Back Pages”

Tomorrow is my birthday. It’s not a “milestone” one, but it is one of those numbers that ends in 9 and comes right before a milestone one. I’m spending the weekend at the pop-culture and comics convention WonderCon, the smaller sibling of San Diego Comic-Con. I’ll wear a costume or two, and go to panel discussions and screenings, and probably buy some ridiculous things. Twenty years ago, or even ten, I wouldn’t have envisioned myself doing such a thing ever, let alone in my late forties. But after feeling like a misfit among my peers for much of my adult life, I’m feeling like I’m living just about the right life for my age.

My adulthood took off at an accelerated pace–married at 19 and a mother at 20. It wasn’t exactly what I’d planned–not so soon, anyway–but with a lot of help, I was able to combine it with things I had planned, like finishing college and starting a career. By the age of 30, I was living in the conservative suburbs of a good-sized Southern city and well established in marriage, motherhood, and work. But much of the time, I felt as if I were play-acting at being a grownup, and that I was too young to have the life I had. My circumstances had more in common with those of women a decade or so older than I was, and I’d missed many of the young-adulthood experiences of other people my own age. On the other hand, my kid would be at least partly out of the house before I turned 40, so there was that.

All of us were out of that house by then, as it turned out. My marriage ended after almost eighteen years, and when my son went away to college, I moved across the country in the opposite direction; I was 38 years old before I ever lived on my own, and spent the first couple of years struggling though a delayed coming-of-age process–and dreading turning 40.

That particular milestone came and went with some mild trauma, but since then, most of the time, it’s felt like I’m living the right life at the right time. I’ve gained and lost and re-gained weight, and I’ve changed my hair color a few times. I’ve worked on bettering my mental and emotional health. I’ve found a surprising new preoccupation to divert me from the tedium of more than 25 years in the same occupation. And for the last six and a half years, I’ve been married and raising children again (these came as works in progress when I married their dad)…but this time around I’ve (mostly) felt like I’m not way out of sync with everyone else.

More importantly, though, I’ve come to feel–more or less–in sync with myself. If I’m going to age with any degree of grace at all, I’m pretty sure that’s key. I need to keep hold of it through this birthday, and next year’s milestone, and whatever comes after that. Here in midlife, I’ve grown comfortable accommodating both the younger girl still inside me and the wise-with-experience woman I might become eventually. I don’t feel like I’m play-acting at being a grown-up, or at being anyone other than who I mean to be, any more (although you will find me cosplaying this weekend–I’m new at it, but loving it). Happy birthday to me!

…or whatever flowers you have handy At “Vasquez Ranch,” my mother-in-law’s avocado grove, November 2012 My photos, collaged with PicFrame and edited with Snapseed document.write(”); Subscribe to Blog via Email Enter your email address to subscribe to this blog and receive notifications of new posts by email. Email Address Subscribe Join 2,318 other subscribers

I think I bit off a bit more this month than I should have, reading-wise. My Little Women re-read has stalled around Chapter 12. There are a few reasons for that: I’ve been surprised to discover how much of it I still remember more than 30 years after last reading it, which has lessened my sense of urgency to get through it; in all honesty, I’m finding Harriet Reisen’s biography of its author, Louisa May Alcott, is […] 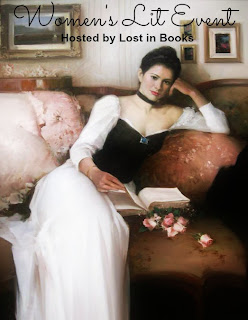 March is Women’s History Month, and Becca at Lost in Books is hosting a Women’s Lit Event all month long as part of the celebration. I’ll be dropping by there twice–I’m making my first visit today, with a review of a modern feminist speculative fiction classic.  Please visit me over there, and join the conversation at Lost in Books! Subscribe to Blog via Email Enter your email address to subscribe to this blog and receive […]

Winter’s just about over, y’all, and we’re celebrating Spring for this week’s Linked-Up Wordless Wednesday! Spring is nature’s time of new life and rebirth–or in my family, just “birth.” March is Birthday Month for my clan, and my nephew kicked off the festivities a few weeks ago with a Hobbit-themed party to celebrate turning 13. (It always seems springlike in the Shire.) The beautiful–and delicious!–cake was custom-made by my sister, and you can see more […]

This weekend, The 3 R’s Blog turns six years old! (And it’s not the only one–Happy Blogiversary to my same-age blogging siblings It’s All About Books and Word Lily, too!) My fifth blogiversary was a three-post extravaganza. This one’s a bit more subdued, and comes at a time of major reassessment for the blogiverse-at-large. You’ve probably heard this about this in many places over the last few days, but just in case you’ve managed to miss […]

My sixth blogiversary is this weekend. I’m not planning a big blowout for this one, but I’ll be marking the occasion in the Sunday Salon. I hope you’ll stop by then to share some reminiscing and reflecting with me! When I started doing my thing here, Facebook had only recently opened up to people who weren’t still living in dorms, a “tweet” was the sound a bird makes, and all “the kids” were on MySpace. […]

The Linked-Up Wordless Wednesday theme this week is “St. Patrick’s Day.” I’m featuring Mother Nature in her wearin’ o’ the green. Ojai, California, September 2012. My photo, edited with Snapseed Please check out the ways my Wordless Wednesday co-conspirators are interpreting this week’s prompt, too! Posted with Blogsy document.write(”); Subscribe to Blog via Email Enter your email address to subscribe to this blog and receive notifications of new posts by email. Email Address Subscribe Join 2,318 other […]

…and yet, I keep adding to the stacks. For those of you who are interested in that sort of thing, the current count of inmates in TBR Purgatory stands at 517. I think that number is overstated, to be honest, because I’m reasonably certain I’ve purged some books without taking them out of my LibraryThing catalog…but I can’t say exactly how overstated it might be. One of these days (it may require two, or even […]

I haven’t had time for proper post-composing for the last couple of weeks, but I’m killing some time staying late at the office on Wednesday before leaving for a meeting at a location in between work and home, so you’ll end up getting this stream-of-consciousness listy thing on Thursday. This blog will be six years old nine days from now! Because March 16 is a Saturday, and I don’t post on Saturdays as a general […]

I was just happy to have all of them together. They were happy to goof around when we just wanted to get a rare photo of all of them together. This week’s Linked-Up Wordless Wednesday theme is “Happy.” Original photo by Paul Vasquez. Edited with Snapseed. document.write(”); Subscribe to Blog via Email Enter your email address to subscribe to this blog and receive notifications of new posts by email. Email Address Subscribe Join 2,318 other subscribers