My husband and I were recently having a conversation with someone about something that happened a couple of years ago, and he was surprised by the details I still recalled about it. “I don’t know how you remember this stuff so well,” he said.

I think my memory has been better than his for as long as we’ve known each other, and since his seizure episode last spring, that seems to be even more true. It’s interesting, given that I’m the one who worries about Alzheimer’s… I have far from perfect recall of many everyday, ordinary things, but sometimes I’m just as surprised by the things that do stick in my head. (But if you really want to be amazed by what sticks in someone’s head, read about this woman.)

During a recent Pop Culture Happy Hour podcast discussion about memoir, one of the panelists talked about the link between memory and emotion. We’re more likely to form strong memories around events associated with strong emotions, which makes them highly subjective. But even those memories may be lacking in strong details, and may be reconstructed into narrative using some of the devices of fiction. (For that reason, we may want to reconsider chastising some memoirists for inaccuracy.) I wonder if that’s one reason why memories of childhood sometimes seem so clear; it’s a time when our emotions are more primary and much closer to the surface.

It’s also a time when our brains are much less full of stuff, which is why adults need to rely on documentation–notes to self and to-do lists and smartphones and journals.

I started this blog in order to create a record of my reading–to remember what I read, when I read it, what it was about, and what I thought about it. Over the course of nearly five years and more than 1600 posts, it’s evolved into a record of many other pastimes and events and thoughts–a tangible, searchable memory. There are definite advantages to having a place where you can just look it up.

And when I know that I’m going to be documenting something, I find myself more attentive to it in the moment as well, so that I’ll be able to record those facts and feelings and impressions. It may be that actively creating memories is actually good exercise for the brain, and perhaps that will help me manage some of those Alzheimer’s worries. But I should work on exercising it even more; I’ve noticed that when I’ve decided not to blog about something, I’ll sometimes catch myself drifting through it, not fully tuned in. That’s a problem–experiences that aren’t blogged about are no less valid than experiences that are (although they may be less momentous).

Granted, we all can use some mental downtime now and then, but we need mental discipline too. My mother-in-law makes a point of doing several crossword puzzles every day as her mental exercise, and I respect that, but I think that just spending more of our time paying attention might be even more valuable. (That might even help with the super-short-term memory “Now what did I come in here for anyway?” thing…) There’s something to the whole “in the moment,” mindful-living thing; when I’ve focused more on the moment, I find I remember it better long after it’s over. And writing it down helps me remember it even more.

Is Everyone Hanging Out Without Me? (And Other Concerns) Mindy Kaling (Facebook) (Twitter) (Tumblr) Crown Archetype (2011), Hardcover (ISBN 0307886263 / 9780307886262) (audio edition ISBN 9780307939807) Nonfiction/essays/memoir, 240 pages Source: Purchased audiobook (Audible.com) Reason for reading: Personal Book description, from the publisher’s website: Mindy Kaling has lived many lives: the obedient child of immigrant professionals, a timid chubster afraid of her own bike, a Ben Affleck–impersonating Off-Broadway performer and playwright, and, finally, a comedy writer […]

To be honest, sometimes I prefer seeing “family” films without the younger members of the family. Tall Paul’s kids were with their mom this weekend (although they spent Thanksgiving Day with us), and he and I went to the movies on Saturday and Sunday. Partly for that reason, I didn’t end up spending as much time reading as I expected to during my four days off, but one of the movies was based on a […] 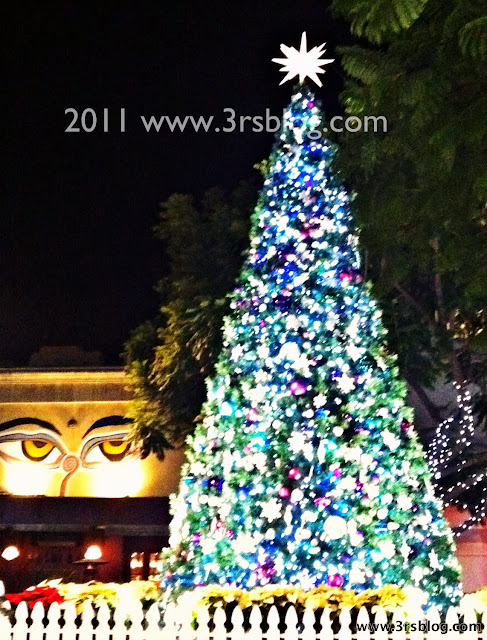 Third Street Promenade, Santa Monica, CANovember 16, 2011 OK, maybe I should have waited till tomorrow to post this, but…y’know, why fight it? ‘Tis the season. Who’s putting up their Christmas tree this weekend? And a Happy Thanksgiving to the USA! I hope you and yours enjoy and appreciate the day. Subscribe to Blog via Email Enter your email address to subscribe to this blog and receive notifications of new posts by email. Email Address […]

Bookkeepers (the “my day job” kind) I’d be lying if I said that the possibility of making some money from writing wasn’t lurking somewhere in my mind when I started blogging here. I wasn’t sure it would happen from blogging, but I did hope that blogging would open some doors to paid writing opportunities in other venues (and it has, but it took four years to get there!). But I’ve also had some chances to […]

The Heroine’s Bookshelf: Life Lessons, from Jane Austen to Laura Ingalls Wilder Erin Blakemore (Facebook) (Twitter) (Blog) Harper (2010), Hardcover (ISBN 006195876X / 9780061958762) Nonfiction/literary criticism/biography, 224 pages Source: personal copy Reason for reading: Participation in TLC Book Tour to support the paperback release* Opening lines (from the Introduction): “In times of struggle, there are as many reasons not to read as there are to breathe. Don’t you have better things to do? Reading, let alone […]

It’s a rare treat to be present at an author’s first book-signing event for her first book. Going to that event at her hometown bookstore, with a personal invitation from the author to join friends and family at that event, is even more rare. And when the author is as engaging and funny as Anna Lefler, everyone’s in for a great evening. I was very excited to attend her signing event for The CHICKtionary at Barnes and Noble […]

The Daughter She Used to Be Rosalind Noonan Kensington (2011), Paperback original (ISBN 0758241682 / 9780758241689) Fiction, 352 pages Portions of this review were originally published in Shelf Awareness for Readers (11/4/11), which supplied an Advance Reader Copy (furnished by the publisher) and payment. All opinions expressed are my own. The blood of the Sullivan family has run NYPD blue for two generations. Those who didn’t become cops married them or, in the case of […]

I don’t know if it’s due to the challenges of creating content for 30 consecutive days or simply a desire to mix things up a little, but lately I’ve been seeing posts crop up here and there in which bloggers share lists of their favorite things. And while I let plenty of blogging bandwagons pass right by me–and I’m not NaBloPoMo’ing this year–I think I’ll jump on this one. Every now and then I’ve wanted […]

Last week, I featured some content from Sticky Readers: How to Attract a Loyal Blog Audience by Writing More Better by Margaret Andrews (and Thursday’s post on my blogging mistakes kicked up some great Twitter discussion!). Today, I’m featuring Margaret herself in a guest post drawn from the chapter in which she busts the myths of Writer’s Block. Hi Kids! I would like to thank Florinda for giving me this opportunity to flap my gums […]

It’s subtitled “From A-Line to Z-Snap, The Words Every Woman Should Know,” but if any guys make it past the bright pink cover, they’ll get some unexpected insights into the modern woman. (If you’re brave enough to go there, please use your new-found knowledge wisely, gentlemen.) As for the women, you’ll find “over 450 words you can’t live without”–true, because you probably don’t, although you use some more frequently than others–in The CHICKtionary by Anna […]