Opening lines: “The lavender-hued poster of The Breakfast Club has hung on the walls of countless childhood bedrooms and college dorm rooms over the past quarter of a century. To anybody who grew up staring at that poster, with the film’s young cast staring boldly back, the words written there have held the power of a magic spell, a call to arms in the social battle that is adolescence.”

Book description, from the publisher’s website:
You can quote lines from Sixteen Candles (“Last night at the dance my little brother paid a buck to see your underwear”), your iPod playlist includes more than one song by the Psychedelic Furs and Simple Minds, you watch The Breakfast Club every time it comes on cable, and you still wish that Andie had ended up with Duckie in Pretty in Pink. You’re a bonafide Brat Pack devotee—and you’re not alone.

The films of the Brat Pack—from Sixteen Candles to Say Anything—are some of the most watched, bestselling DVDs of all time. The landscape that the Brat Pack memorialized—where outcasts and prom queens fall in love, preppies and burn-outs become buds, and frosted lip gloss, skinny ties, and exuberant optimism made us feel invincible—is rich with cultural themes and significance, and has influenced an entire generation who still believe that life always turns out the way it is supposed to.

You Couldn’t Ignore Me If You Tried takes us back to that era, interviewing key players, such as Molly Ringwald, Anthony Michael Hall, Ally Sheedy, Judd Nelson, Andrew McCarthy, and John Cusack, and mines all the material from the movies to the music to the way the films were made to show how they helped shape our visions for romance, friendship, society, and success.

Comments: I think I was months was born just a few years too early for John Hughes’ iconic 1980s teen films to resonate fully for me. When the best of them, The Breakfast Club, was released in 1985, I was almost twenty-one, a college student…and married with a baby. Although I wasn’t too far from high school chronologically, my life was clearly in a different stage. That said–although maybe not for that reason–my favorite movie associated with the “Brat Pack” era isn’t one of his. It’s the ensemble piece St. Elmo’s Fire, released just a few months after The Breakfast Club and featuring several of the same actors who had been in day-long high-school detention there as recent college graduates. I realize that it’s probably a lesser film artistically, but that doesn’t dim my affection for it.

In You Couldn’t Ignore Me If You Tried –a quote from The Breakfast Club–entertainment journalist Susannah Gora looks at several movies that, taken as a group, still seem to be held high in the affections of the now thirty- and forty-something adults who experienced them, sometimes in multiple viewings, as youth in the 1980s. They were movies that didn’t talk down to teens and young adults–rather, they spoke to us and like us (although perhaps more articulately than most of us). Their characters were authentic, even if the situations they were placed in weren’t always entirely relatable, and–possibly thanks, at least in part, to the simultaneous emergence and influence of MTV–they made use of music in effective new ways that contributed to the films’ emotional impact on their audience.

Although the period Gora considers is effectively bracketed by two films written by Cameron Crowe–1982’s Fast Times at Ridgemont High and 1989’s Say Anything (his directorial debut)–its primary focus is on writer/director John Hughes and his tales of contemporary Chicago-are teens, including Sixteen Candles, The Breakfast Club, Pretty in Pink, and Ferris Bueller’s Day Off. Her research for You Couldn’t Ignore Me… included interviews with many of the participants in the movies it covers–writers, directors, actors, producers, and music directors–and offers a great deal of behind-the-scenes detail while mostly avoiding a gossipy tone.

I read this one pretty quickly, and found it informative and insightful–and it made me want to hunt up a few movies to add to the ol’ Netflix queue. Readers and movie-lovers within a decade or so of my age, and who have maintained a connection and affection for the pop culture that they consumed during their 1980s youth, will likely have a similar response to You Couldn’t Ignore Me if You Tried.

Rating: 3.75 of 5
Other reviews, from the Book Blogs Search Engine
My discussions of books by “Brat Pack” members featured in You Couldn’t Ignore Me if You Tried:
Stories I Only Tell My Friends: An Autobiography, by Rob Lowe
The Longest Way Home: One Man’s Quest for the Courage to Settle Down, by Andrew McCarthy
When It Happens to You: A Novel in Stories, by Molly Ringwald

Tall Paul and I took a few extra days off for Thanksgiving (he’s still off, lucky guy!), and spent most of one of them checking out the views of the city and the stars–the sky kind, not the Hollywood kind–at the Griffith Observatory in Los Angeles. This telescope is open to the public in the evenings. During daylight hours, it’s easier to see stars at one of the planetarium shows. You can take a tour […]

When It Happens to You: A Novel in Stories Molly Ringwald (Facebook) (Twitter) It Books (August 2012), Hardcover (ISBN 0061809462 / 9780061809460) Fiction, 256 pages Source: Publisher Reason for reading: Personal (with a strong nudge from Beth Kephart) Opening lines (from the collection’s first story, “The Harvest Moon”): “As far as Greta knew, there was nothing in the sky that night. “Lying on her back in the bathroom on the cool of the white marble […] 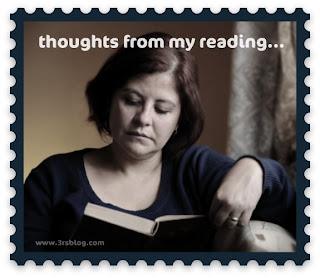 My participation in Creative Alliance ’12 prompted much consideration of my approach to my online life. As a book blogger, that life clearly includes books and authors…but it hasn’t included many from the swelling ranks of the “non-traditionally published.” This is the last of this month’s posts on “indie authors.” All opinions expressed here are my own, although some may be supported with links to related posts elsewhere. Yesterday’s thoughts pondered why more authors are publishing independently. […]

My participation in Creative Alliance ’12 prompted much consideration of my approach to my online life. As a book blogger, that life clearly includes books and authors…but it hasn’t included many from the swelling ranks of the “non-traditionally published.” This is the third of this month’s posts on “indie authors.” All opinions expressed here are my own, although some may be supported with links to related posts elsewhere. I don’t usually think of it in […]

My participation in Creative Alliance ’12 prompted much consideration of my approach to my online life. As a book blogger, that life clearly includes books and authors…but it hasn’t included many from the swelling ranks of the “non-traditionally published.” Today it does, in the second of several posts on the topic of “indie authors” I have planned. “If you don’t have anything nice to say about motherhood, then… read this book. Robin O’Bryant offers a […]

Skyfall Official movie site Action/adventure drama (2012), rated PG-13 Starring: Daniel Craig, Judi Dench, Javier Bardem, Ralph Fiennes, Naomie Harris Written by: Robert Wade, John Logan, and Neal Purvis, featuring characters created by Ian Fleming Directed by: Sam Mendes Synopsis, via RottenTomatoes.com: In Skyfall, Bond’s loyalty to M is tested as her past comes back to haunt her. As MI6 comes under attack, 007 must track down and destroy the threat, no matter how personal […]

The Longest Way Home: One Man’s Quest for the Courage to Settle Down Andrew McCarthy (Twitter) Audiobook read by the author Free Press/Simon & Schuster (September 2012), Hardcover (ISBN 1451667485 / 9781451667486) Travel/memoir, 288 pages Source: purchased audiobook (Brilliance Audio: Audible ASIN B009CMO4KO) Reason for reading: personal Opening lines (from the Prologue): “‘Are you awake?’ Something in the tone of my voice cut through to my sleeping brain. “‘Coming,’ I called back. “‘What time is […]

Taken on Sunday morning, November 11, at Janss Marketplace in Thousand Oaks, CA. I guess I should appreciate that this didn’t go up sooner–it’s been an entire week and a half since Halloween! Sigh. Posted with Blogsy Subscribe to Blog via Email Enter your email address to subscribe to this blog and receive notifications of new posts by email. Join 2,316 other subscribers Email Address Subscribe

These Things Happen Richard Kramer (Facebook) (Twitter) Unbridled Books (2012), Hardcover (ISBN 1609530896 / 9781609530891) Fiction, 272 pages Source: Publisher Reason for reading: TLC Book Tour Opening lines: “A lot can happen in a day, sometimes. Not every day, of course. Most have one event, and that’s if you’re lucky. Many have less, which seems especially true in our school, which is hard to get into and committed to serving the community but is also, […]

This post was written for this week’s “Letter to My 20-Year-Old Self” Blog Hop for members of the midlife-bloggers’ group Generation Fabulous (#GenFab), hosted at Chloe of the Mountain. If you’re blogging during your midlife years, regardless of what you’re blogging about, and interested in being part of this group, you’re invited to e-mail Chloe directly. Hi, me at 20! NOT me at 20! Well, there’s no going back now, even though this is probably […]

I never get one of those “I voted” stickers, so I had to find a photo of someone else’s to post here. I have voted “permanent absentee” for at least the last half-dozen years. In California, that means I vote by mail, even though I’m almost never out of state, let alone out of town, on Election Day (although I truly was an absentee voter for this year’s June primary). The vote-from-home, mail-it-in ballot makes dealing […]