We’re just about halfway through the designated time frame for the group read of Margaret Atwood’s The Handmaid’s Tale. Today, participants have been asked to weigh in with some sort of “progress post” – non-spoilery discussion, response to a particular theme, thoughts on Atwood’s writing, etc. – on their reading.

I’m hosting this read, but I was probably one of the last to actually start the book. We kicked off on August 21, which was the beginning of a week off from work for me – I’d been called for jury duty, but despite that, I expected to have a generous amount of reading time. Things didn’t exactly turn that way, and as a result, I didn’t get started on The Handmaid’s Tale until this past weekend.

Fortunately, this is a re-read for me; and even more fortunately, I have been quickly pulled in. If I weren’t juggling a couple of other books at the same time I’m reading this one, I’d probably be well over halfway through it already, despite my late start.

It’s been a long time since I last read The Handmaid’s Tale, and while I’ve discovered that I didn’t remember a lot of the details, what has stuck with me is the mood of the novel – oppressive and unsettling. Having just finished reading a nonfiction book about life in the former East Germany before starting this read, I’m struck by similarities in the seemingly arbitrary rules of daily life and the need for guarded action, because one can’t ever be sure one isn’t being watched. Granted, The Handmaid’s Tale, published in 1986, was written before the fall of the Berlin Wall and takes place in a not-too-distant future in which America is the fallen country, but it’s interesting to me to note the similarities between some elements of dystopian speculative fiction and a real-life police state.

I’ve asked the reading group not to post full reviews of The Handmaid’s Tale until September 12, but I do hope you’ll share some of your impressions of the book today. I’m particularly interested in knowing whether you’re reading it for the first time or as a re-read, and how you think that might be impacting the way you’re experiencing the novel. I’d also love to hear thoughts from those who have read the novel before but are not reading with us.

These discussion questions come from the publisher’s Readers’ Guide – they may help get you thinking, but answering them is completely up to you. (I’m not sure they do all that much for me, to be honest, but I may feel differently when I finish the book!)

1. The novel begins with three epigraphs. What are their functions?
2.
In Gilead, women are categorized as wives, handmaids, Marthas, or
Aunts, but Moira refuses to fit into a niche. Offred says she was like
an elevator with open sides who made them dizzy, she was their fantasy.
Trace Moira’s role throughout the tale to determine what she symbolizes.
3.
Aunt Lydia, Janine, and Offred’s mother also represent more than
themselves. What do each of their characters connote? What do the style
and color of their clothes symbolize?
4. At one level, The
Handmaid’s Tale is about the writing process. Atwood cleverly weaves
this sub-plot into a major focus with remarks by Offred such as “Context
is all,” and “I’ve filled it out for her…,” “I made that up,” and “I
wish this story were different.” Does Offred’s habit of talking about
the process of storytelling make it easier or more difficult for you to
suspend disbelief?
5. A palimpsest is a medieval parchment that
scribes attempted to scrape clean and use again, though they were unable
to obliterate all traces of the original. How does the new republic of
Gilead’s social order often resemble a palimpsest?
6. The commander in the novel says you can’t cheat nature. How do characters find ways to follow their natural instinct?
7. Why is the Bible under lock and key in Gilead?
8. Babies are referred to as “a keeper,” “unbabies,” “shredders.” What other real or fictional worlds do these terms suggest?
9.
Atwood’s title brings to mind titles from Chaucer’s The Canterbury
Tales. Why might Atwood have wanted you to make that connection?
10.
What do you feel the historical notes at the book’s end add to the
reading of this novel? What does the book’s last line mean to you?

In the spring of 2008, I signed up to participate in a new “blogging challenge” organized by Dewey, the blogger behind The Hidden Side of a Leaf. In just over a year of blogging, Dewey had already emerged as a leader within the book-blogging community, and that community was her focus.  “My main focus in blogging is community. I want to share my love for books with other bloggers, hear what they think of what […]

As promised, I’m back with an update about my Reading Days. It won’t take long…because they didn’t exactly go as I’d hoped. Jury duty isn’t such a good opportunity to catch up on your reading when you actually have to serve on a jury; they kind of like you to pay attention in the courtroom. I was called up for the very first panel last Monday morning, but that jury wasn’t accepted until Tuesday morning. […]

Since I’ve been doing my civic duty at the Ventura County Courthouse this week (so much for my Reading Days!), I’ve just got a quick link to some Friday fun. My editor at Shelf Awareness recently shared a list of “decoded publishing buzzwords” with the reviewers, and it’s too good not to share with all of y’all. Here’s a sampling: “acclaimed”: “poorly selling” “definitive”: “could have used an editor” “edgy”: “contains no adult voices of […]

You Suck: A Love Story Christopher Moore (Twitter) (Facebook) (blog) Read by Susan Bennett William Morrow (2007), Edition: 1, Hardcover (ISBN 0060590297 / 9780060590291) (Audio ASIN B000MTEC80) Fiction, 336 pages Source: Purchased audiobook Reason for reading: Personal, a favorite author Opening Lines: “‘You bitch, you killed me! You suck!’ “Tommy had just awakened for the first time as a vampire. He was nineteen, thin, and had spent his entire life between states of amazement and […]

By Nightfall: A Novel Michael Cunningham (Facebook) Picador, 2011; Trade Paperback (ISBN 0312610432 / 9780312610432) Fiction, 256 pages Source: Hardcover, provided by publisher Reason for Reading: Review and BOOK CLUB discussion hosted at Linus’s Blanket today Opening Lines: “The Mistake is coming to stay for a while. “‘Are you mad about Mizzy?’ Rebecca says. “‘Of course not,’ Peter answers.” Book description, via the publisher’s website:Peter and Rebecca Harris, midforties, are prosperous denizens of Manhattan. He’s […]

Some universities observe “reading days” – a break of several days between the end of classes and the start of semester exams intended to allow students to focus on reading and studying. I don’t have exams coming up, but I am a bit behind on work-related reading, so I’m taking a few days off from work to work on getting back on track. What? I’m scheduled to report for jury duty first thing tomorrow morning. […]

Image via Wikipedia Too late for summertime reading, you say? The calendar says that mid-August is weeks away from being the end of summer, and in Southern California, it can be “beach season” all year long. Besides, be honest – you’re probably not going to have much time for leisurely beach reading until the kids are back in school anyway. These beach-reading recommendations have plenty of local color; all of the authors mentioned have made […]

This Beautiful Life: A NovelHelen SchulmanHarper (2011), Hardcover (ISBN 0062024388 / 9780062024381)Contemporary fiction, 240 pagesSource: ARC from publisher (pub date 8/2/2011)Reason for reading: personal, review copy Opening lines: “Her mouth filled the screen. Purple lip gloss, clear braces. “‘Still think I’m too young?’ “She leaned over, the fixed lens of the camera catching a tiny spray of blemishes on her cheek, like a comet’s spray. Her hair had been bleached white, with long, blond roots, […]

The things that scare me most aren’t monsters and fantasy creatures – they’re things that really could happen. In that framework, Margaret Atwood’s 1986 novel The Handmaid’s Tale is undoubtedly one of the scariest books I’ve ever read. Shortlisted for the Man Booker Prize in its year of publication, The Handmaid’s Tale is a modern classic of speculative fiction, a prime example of dystopian literature, a feminist touchstone, and a recurring visitor to various banned-books […] 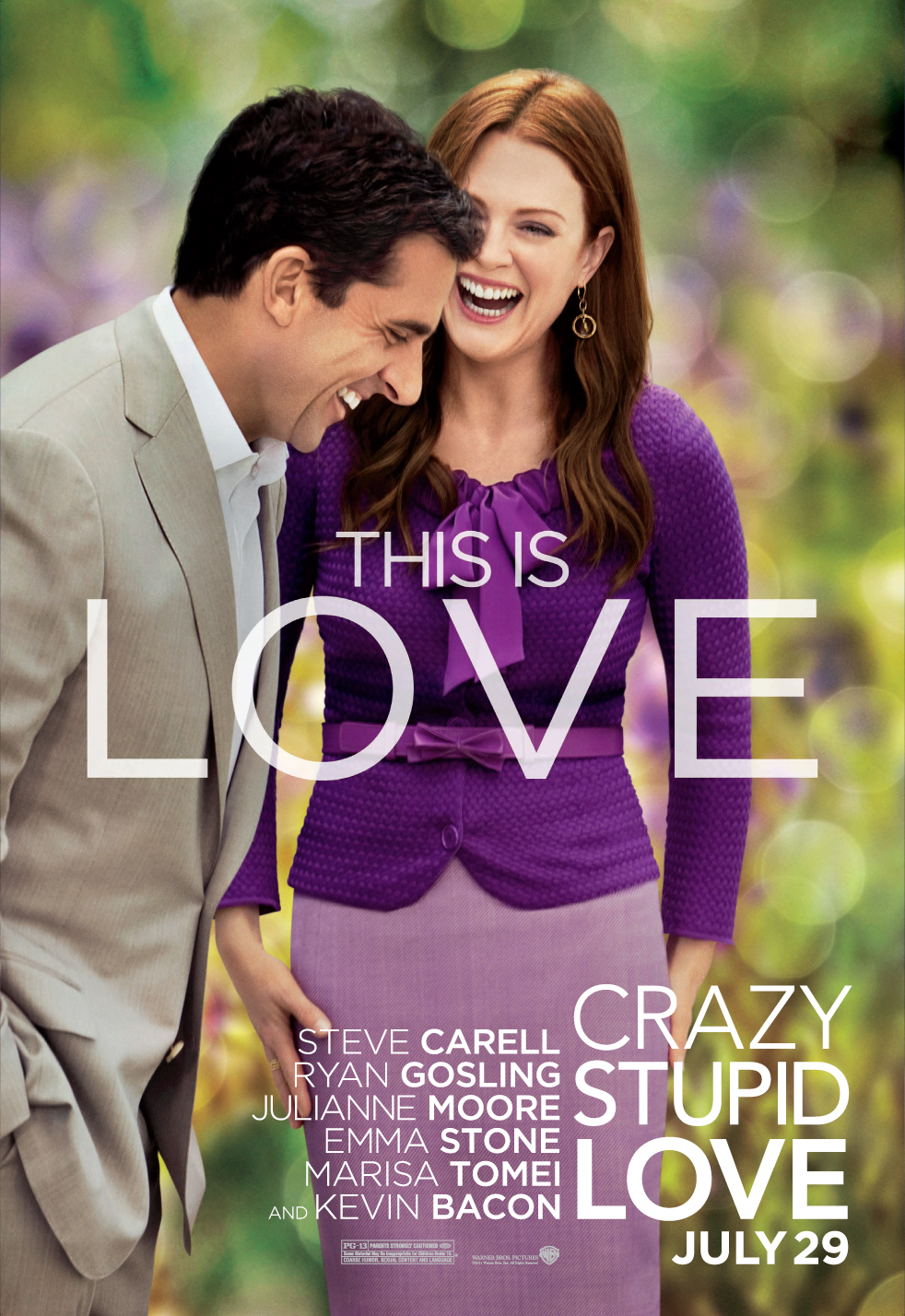