A version of this review was originally published in Shelf Awareness, Readers’ Edition (January 24, 2012); SA‘s editors provided compensation and a galley of the novel. The cover image links to IndieBound.org. I am an IndieBound affiliate.

The narrator and titular character of Matt Bondurant’s third novel, The Night Swimmer, is Elly Bulkington. When her husband Fred is stricken with survivor’s guilt after September 11–he was supposed to be at a meeting at the World Trade Center, but traded places with a coworker–he enters, with Elly’s support, a Irish brewery’s contest to win a pub on the country’s southwestern coast. Their arrival in the small seaside town offers the couple opportunities–a new business and a stab at novel-writing for Fred, and the challenge of a new ocean for Elly, a former competitive swimmer who feels most herself when in the water.

The pursuit of these separate endeavors strains the Bulkingtons’ marriage, as Elly spends increasing amounts of time on the nearby small island of Clear obsessing over making an open-water swim to its lighthouse and Fred becomes more interested in consuming the pub’s inventory than in its business prospects. The couple is viewed with some suspicion by the natives of this remote, clannish small town, but all the same, Elly is increasingly drawn into local conflicts and intrigues, determined to unravel the island’s mysteries.

The mysteries of The Night Swimmer are not laid out or wrapped up neatly, but it doesn’t entirely matter. What stands out about this novel is its atmosphere and the voice of its narrator. Elly is a bit of an oddball herself and, therefore, not entirely out of keeping with the strangeness of her new home. Her struggles with the elements in storms and on the ocean are vividly conveyed, as are her puzzlement over Clear’s secrets and efforts to unravel them…even as what she learns makes her question whether she and Fred should even be in Ireland at all. Matt Bondurant gives The Night Swimmer a pervasive sense of foreboding and a final act that hits with the impact of an Irish gale.

In a small town on the southern coast of Ireland, an isolated place only frequented by fishermen and the occasional group of bird-watchers, Fred and Elly Bulkington, newly arrived from Vermont having won a pub in a contest, encounter a wild, strange land shaped by the pounding storms of the North Atlantic, as well as the native resistance to strangers. As Fred revels in the life of a new pubowner, Elly takes the ferry out to a nearby island where anyone not born there is called a “blow-in.” To the disbelief of the locals, Elly devotes herself to open-water swimming, pushing herself to the limit and crossing unseen boundaries that drive her into the heart of the island’s troubles—the mysterious tragedy that shrouds its inhabitants and the dangerous feud between an enigmatic farmer and a powerful clan that has no use for outsiders.

The poignant unraveling of a marriage, the fierce beauty of the natural world, the mysterious power of Irish lore, and the gripping story of strangers in a strange land rife with intrigue and violence—The Night Swimmer is a novel of myriad enchantments by a writer of extraordinary talent.

I’d been marveling over the fact that I’ve made it four weeks into the year without having set foot in a bookstore–not “marveling” in a good way, mind you; it’s actually a little distressing to think about!–when I realized that didn’t mean I hadn’t bought any books this year. They just haven’t been printed-on-paper books. One of my Christmas gifts was a Kindle Touch, and I’ve been excited to discover that there have been some […]

The Artist (official movie site) Comedy/drama, 2011 (rated PG-13) Starring: Jean Dujardin, Berenice Bejo Written and directed by: Michel Hazanvicius Synopsis, via RottenTomatoes.com: Hollywood 1927. George Valentin (Jean Dujardin) is a silent movie superstar. The advent of the talkies will sound the death knell for his career and see him fall into oblivion. For young extra Peppy Miller (Berenice Bejo), it seems the sky’s the limit – major movie stardom awaits. The Artist tells the […] 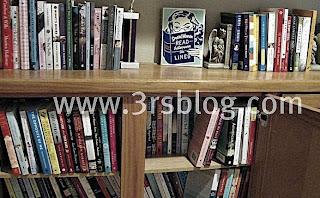 The adage that “everyone’s a critic” may never have been more true than it is these days, thanks to the Internet. We may prefer to call ourselves “reviewers” rather than “critics.” We may take a less formal, more personal approach than traditional criticism, discussing our subjective responses to a work rather than assessing it against objective criteria. And we may prefer not to “criticize” at all, choosing to discuss only works we feel positive about. […]

I’ve just put one bookish event on my calendar…and will be taking another one off. Is it too soon to ask about your plans for Book Expo America 2012?  The annual trade show will take place June 5-7 in New York City, and registration is already open! Bloggers may apply for non-editorial media badges or obtain a pass by registering to attend the Book Blogger Convention on June 4. For the record, the BBC registration costs less than the three-day […]

The Underside of Joy Sere Prince Halverson Dutton Adult (January 2012), Hardcover (ISBN 0525952594 / 9780525952596) Fiction, 320 pages Source: Publisher (ARC) Reason for reading: BlogHer Book Club I was compensated by BlogHer.com for writing this review and participating in discussions about the book; all opinions are expressed are my own. Opening lines: “I recently read a study that said that happy people aren’t made. They’re born. Happiness, the report pointed out, is all about […]

I’m not officially “going dark” today, but since I’m sending you to read someone else’s post somewhere else, I’m not really counting this as a post… Some major websites, including Wikipedia and Reddit, are taking themselves offline in a one-day protest against SOPA (Stop Online Piracy Act) and PIPA (Protect Intellectual Property Act), two pending Congressional bills that could change the Internet as we know it–and not necessarily for the better. Social-media wise woman (and my […]

The Descendants official movie site 2011, Drama/Comedy (PG-13) Starring: George Clooney Drected by: Alexander Payne Written by: Alexander Payne, Nat Faxon, Jim Rash Adapted from the novel by Kaui Hart Hemmings Synopsis, via RottenTomatoes.com:From Alexander Payne, the creator of the Oscar-winning Sideways, set in Hawaii, The Descendants is a sometimes humorous, sometimes tragic journey for Matt King (George Clooney) an indifferent husband and father of two girls, who is forced to re-examine his past and […]

Until the new Harry Potter attraction opens at Universal Studios Hollywood in 2015, Hogwarts-craving locals can make their way to Whimsic Alley. This popular outlet for all things Harry Potter has moved from its original home in Santa Monica to a roomy new location at 5464 (and ¾) Wilshire Blvd. in Los Angeles. In addition to an expanded sales area, the new store features an event space modeled on Hogwarts’ Great Hall (although its windows […]

The Western Lit Survival Kit: An Irreverent Guide to the Classics, from Homer to Faulkner Sandra Newman Gotham (January 2012), Paperback Original (ISBN 1592406947 / 9781592406944) Nonfiction/literary criticism, 304 pages Source: ARC from publisher Reason for reading: TLC Book Tour From the Introduction: “This book treats Western lit like an amusement park. It offers a guide to the rides, suggesting which ones are fun for all ages, which are impossibly dull for all ages, and […]

Eight years ago, I lost over 25 pounds on a Weight Watchers plan. That may not sound like all that much in and of itself, but on a body that’s only 4 feet 8 inches tall, it’s pretty significant. And it’s a lot of work to keep it from coming back. As 2012 began, I had to confront the fact that I haven’t been doing that work very well. I’ve been fighting the knowledge for […]