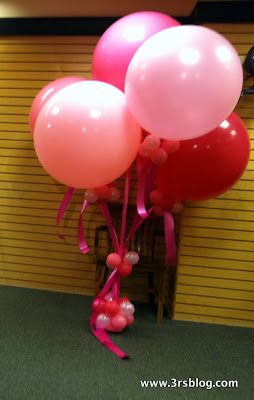 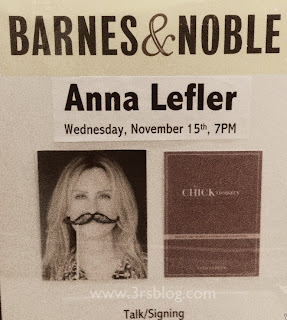 It’s a rare treat to be present at an author’s first book-signing event for her first book. Going to that event at her hometown bookstore, with a personal invitation from the author to join friends and family at that event, is even more rare. And when the author is as engaging and funny as Anna Lefler, everyone’s in for a great evening. I was very excited to attend her signing event for The CHICKtionary at Barnes and Noble in Santa Monica last week.

This was Anna’s first bookstore appearance, but as an experienced stand-up comedian, she’s no stranger to talking and being funny in front of an audience. She told us about how the book came into being, shared some of her favorite definitions, and cheerfully signed as many books as people wanted with her collection of pink pens.

Anna has written two not-yet-published novels and really never saw herself writing nonfiction…and I don’t think anyone ever sees herself writing a dictionary. But when her publisher approached her to write this one, after finding her through one of her blog posts (yes, it’s the dream come true!), she took the challenge…even though they only gave her two months to get the whole thing done(!!).

Next, Anna set up a placard listing various categories that the terms defined in The CHICKtionary fall into and invited audience members to shout out a topic. In response, she would pull out a card for a word in that topic from the “leopard-skin bag of ladyhood” and read the definition. I’ve already read the book, and it’s laugh-out-loud funny. Hearing Anna read from the book was laugh–even-louder funny. 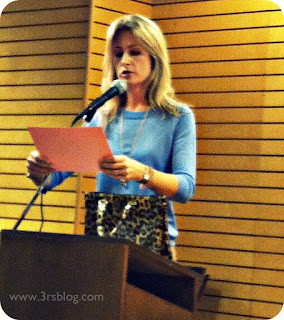 Anna answered a few questions from the audience after the reading, including one from a man wondering if men should read The CHICKtionary. She thinks they should; it will definitely give them some insights into the way modern women talk and think–insider knowledge. However, she suggested that men might not necessarily want to let women know they’d read it. As she put it, “You don’t want them to know you went to cooking school. You just want them to be impressed that you’re a good cook.” (And then there’s that aggressively pink cover…) 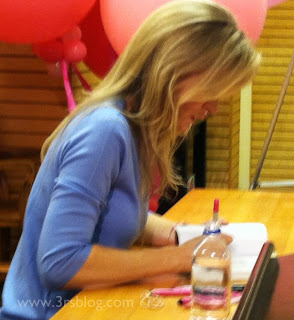 Anna told us that writing The CHICKtionary really made her think about how women process their world and express themselves in response to it, and gave her a new appreciation of her gender. I think that shows in the book. It’s certainly humorous, but it’s also frank, insightful, and intelligent–it really gets its subject, and its likely readership. A book like this could easily be a fluffy throwaway, but The CHICKtionary isn’t that.

I picked up a couple of copies (signed, of course!) to give as holiday gifts this year, and I highly recommend that you do the same for some of your favorite women. The CHICKtionary is available now through Amazon, Barnes & Noble, IndieBound, and Books-A-Million. And if you want more than just my opinion, look for reviews at the stops on its virtual book tour via TLC Book Tours.

Anna’s still got a few stops to make on her book tour, too: Portland (tomorrow!), Phoenix, back in SoCal (the new Mysterious Galaxy bookstore in Redondo Beach), up in NorCal (Oakland and Corte Madera), and New York (last stop, on December 12)–details are on her events page.