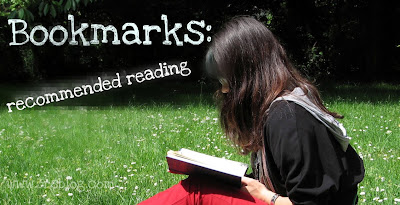 Click the “Stuff to Share” link in the navigation bar at the top of the page to visit my RebelMouse site, which collects the links, pictures, and online finds I’ve been sharing via social media recently. If you’re a Facebook friend or Twitter follower, you may have seen (or ignored) some of these recommended-reading links already.

Readings From the “Books” Section

“‘Where chick lit once tantalized readers with romance or fancy clothes,’ Fischer writes, ‘the vicarious thrills of its new-media incarnation are more mundane and rooted in the mechanics of actually doing a job.’

“As journalism has changed, so have literary portrayals of it. Some authors seem less inclined to describe journalism as an ideal industry where women can ‘clock in for manageable daily adventures then clock out for afterhours drama,’ Fischer writes. They’re instead portraying ‘a version of journalism that’s decidedly bleaker’ — one that’s marked by the need to churn out lots of stories and generate lots of page views.”

Book Riot: “How to Talk About a Book You Loved That Your Friend Hated (or Vice Versa)”

I learned this from a recent episode of the radio show This American Life entitled “Red State Blue State.” In Act One of the show,  producer Lisa Pollak speaks to Phil Neisser and Jacob Hess, two political opposites who have learned they can talk to each other about their different-as-day-and-night politics as long as the DON’T TRY TO CHANGE THE OTHER PERSON’S MIND. No proselytizing allowed. When you stop trying to change someone’s mind, you start listening. I mean really listening, listening without quickly brainstorming what your next talking point is going to be listening. When you let go of the idea of ‘winning,’ a tempers-flaring debate becomes a passionate conversation. A passionate conversation is MUCH more likely to result in hugs and going out for ice cream after. And who isn’t down for that?”

Beth Kephart at Huffington Post Books: “Why (Some) Teens Don’t Read YA”

“You notice, in this list, the obvious. You were about to warn me, before I even got started, about the absence of books originally published for young adults (YA)–the very ‘category’ of respondents to my small survey. (It is duly noted that books like Music of the Swamp, The Bell Jar, and The Picture of Dorian Gray have evolved, through the years, into teen staples). Indeed, just a handful of contemporary ‘teen’ books made it onto the list…

“On a wind-blown day in an urban Miami Beach garden we talked about these books best loved, these books most influential. We talked about the contemporary books written specifically for younger readers. ‘There seem to be just three kinds of young adult books,’ one sighed. ‘The gossip books, the I’m starving/I hate myself/everything is terrible book, and the dystopian books in which the teens save the world. This is not representative of our reality.’

Readings From the “Arts & Life” Section

“Assuming cultural commonality between those places and Cleveland and all the different parts of Texas is not just condescending and coast-centric, though it is those things. It’s also just wrong and silly. There’s no such thing as making a television show, for instance, for ‘middle America,’ because anything that’s broad enough to be intended for even both Austin and Dallas is intended for parts of New York and California. And if your definition of ‘middle America’ is super-super-middle-America, like, ‘Oh, no, I’m talking about just Kansas and Missouri,’ then (1) that’s still not all one kind of person, and (2) nobody would ever make a television show or a movie for Kansas and Missouri, because they have a combined population of under 10 million people, and making something for a potential audience pool of 10 million people is not exactly the broad, safe play people have in mind when they say ‘middle America.’

“To try to appreciate the cultural flavor of ‘middle America’ is not to come to terms with its depressing sameness, but to get your arms around its tremendous variation, its pockets of enthusiasm, and its utter indifference to most of what people in New York and Los Angeles have to say about it.”

“The market research and media forecast firm Simba Information keeps finding that a decrease in physical bookstores doesn’t drive e-book sales. Instead, it just makes people forget that books are a thing that exists and that you can spend money on. More contact with books and book retailers makes you more likely to buy books. Less does just the opposite.

“’All right,’ you may justly say, ‘but if you care so much about physical bookstores, why do you only go into them to buy coffee and sit for several hours using the free wifi without purchasing anything?’

“Look, we can change! Just stop closing the bookstores. You have something special! Don’t throw away your birthright in this frenzied dash after the thin pottage of the eBook market! You are all that stands between us and the nightmarish vision of a world where the only place unused books are sold is at Urban Outfitters, as decorative ironic curios, along with vinyl records and toilet brushes shaped like owls.”

“Head Coach: Really, we can talk about how good our staff is all day long, but at the end of the day, the campus sells itself. This is such a good place to be for so many reasons.

“Athletic Department Office Assistant: Man, the head coach was so pissed when the only half-decent strip club in town shut down in September. The only redeeming thing about the new best place in town is Taco Tuesdays – $1 per taco isn’t a bad deal no matter where you find it.

“Key Booster: I can’t believe Wishes shut down in September. Don’t they understand recruiting season? How’s a young man supposed to enjoy all our fine city has to offer if they can’t visit the best places in town?”

TGIF, and I hope you have some good weekend reading ahead of you!