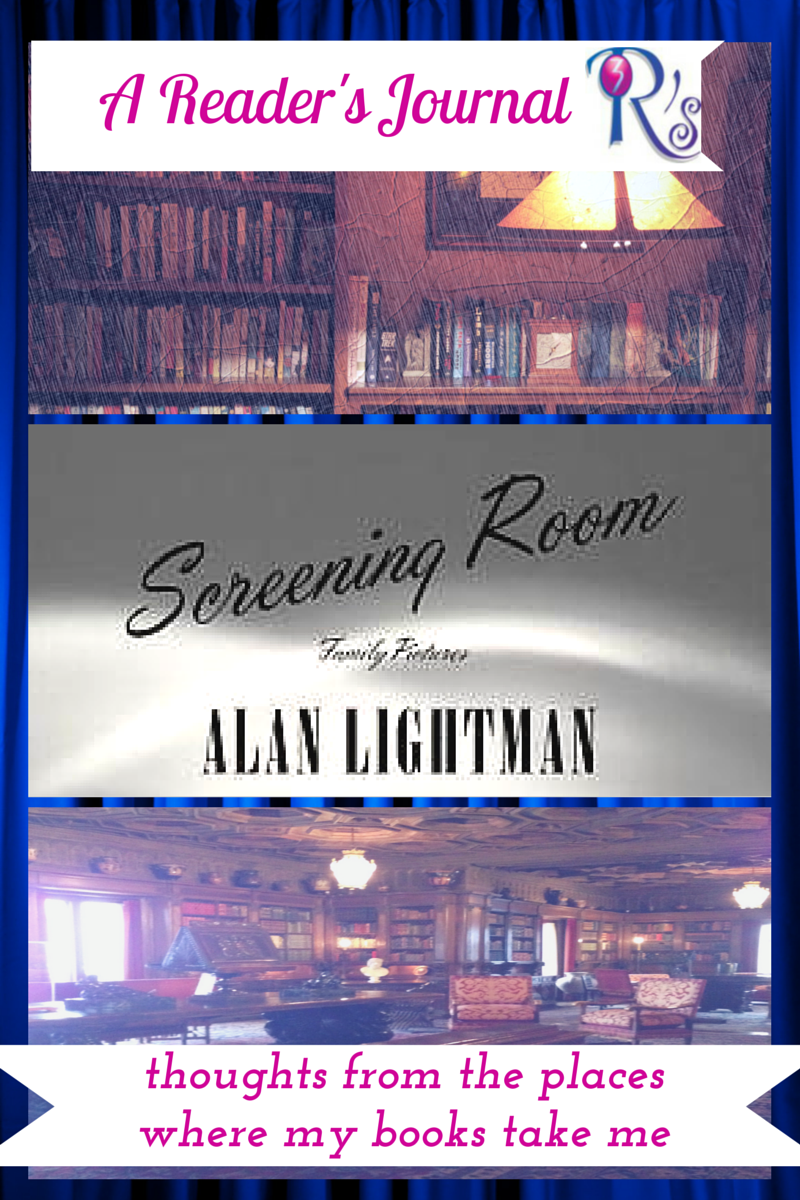 “I will always live here, but I cannot live here,” Alan Lightman reflects near the end of Screening Room: Family Pictures, having just spent nearly a month back in Memphis, Tennesssee—the longest visit he’s made to his hometown since going north for college forty years earlier. The American South is well-known to be a problematic place. Part of its problem is that some aspects of it are easily romanticized. Most of the episodes recounted in Lightman’s memoir occurred in a segregated, pre-civil-rights Memphis, and so many of the problems are out in the open, but the allure is never far below the surface.

As members of Memphis’ Jewish community, the Lightman family had a somewhat peculiar place in the segregated city; while not particularly religious, their ethnic identification kept them out of certain social circles. But as the founder of Malco, the region’s most successful chain of movie theaters (and still run by the family), Alan’s grandfather M.A. Lightman commanded a degree of power and respect that both opened doors for and cast a long shadow over subsequent generations of the family.

The death of Alan’s Uncle Ed has brought more Lightmans together than the old family homestead on Cherry Road has seen for years, and the family elders are full of stories about the past, many of them concerning M.A. After so many years away, Alan finds himself devouring these stories, and as his stay in Memphis extends into the long, painfully hot and humid summer, he reflects on questions he hasn’t thought about in ages, and on a city that has both changed greatly during his absence and retained many of the markers of the place and time when he last knew it well.

The aunts, uncles, and cousins who convey tales of the Lightman family’s past play roles in Screening Room that are almost as large as their stories. However, Lightman notes in the book’s afterword that several of these colorful storytellers are themselves fictional devices for the conveyance of the family’s checkered past. While this may be a problem for some readers, it didn’t particularly bother me. For one thing, several of them, notably Cousin Lennie and her fifth husband, Nate, are quite delightful. More importantly, though, this is memoir—creative nonfiction—a form I approach armed with what I learned from Beth Kephart’s Handling the Truth:

The essence of memoir is “experience and truth, shaped by insight into art.” It is a distinct literary form from both fiction and autobiography, although it draws on the facts of the latter and often shapes them with the forms and devices of the former.

With that in mind, I can accept a few invented storytellers, if their invention enhances the telling of real stories. It does here. It’s also worth mentioning that Lightman, a physicist by training, is also a well-regarded essayist and novelist, best known for Einstein’s Dreams and The Diagnosis. Screening Room is his first truly personal work, and his fiction skills are effectively applied to making it impressionistic, episodic, and often lovely, with a solid sense of the people and place at its core.

I have some idea what Lightman means about always living in Memphis but being unable to live there, although I don’t have his deep roots in the Mid-South. I lived and worked in Memphis for just over a decade. I knew of the Lightman family, and I saw many movies in the their Malco Theaters. I didn’t grow up in Memphis, but my son did. The fact that it’s Chris’ hometown makes it one of mine. I’m reasonably sure neither of us will never live there again, but part of me remains connected to the place. Some people leave their hearts in San Francisco; I left part of mine in Overton Park.

I snapped up Screening Room because of the Memphis connection. I suspect that made me more responsive to it than a reader without that affinity might be, but I do think it would appeal to those drawn to evocative portraits of place and stories of complicated families. I thoroughly enjoyed listening to Bronson Pinchot read this, and I especially appreciated the voices he gave to Lightman’s people, both the real and the fictional.

Rating: Book and audio, 4 of 5
Book description, from the publisher’s website

From the acclaimed author of the international bestseller Einstein’s Dreams, here is a stunning, lyrical memoir of Memphis from the 1930s through the 1960s that includes the early days of the movies and a powerful grandfather whose ghost remains an ever-present force in the lives of his descendants.

Alan Lightman’s grandfather M.A. Lightman was the family’s undisputed patriarch: it was his movie theater empire that catapulted the Lightmans to prominence in the South, his fearless success that both galvanized and paralyzed his children and grandchildren. In this moving, impressionistic memoir, the author chronicles his return to Memphis in an attempt to understand the origins he so eagerly left behind forty years earlier. As aging uncles and aunts begin telling family stories, Lightman rediscovers his southern roots and slowly recognizes the errors in his perceptions of both his grandfather and his father, who was himself crushed by M.A. The result is an unforgettable family saga that extends from 1880 to the present, set against a throbbing century of Memphis—the rhythm and blues, the barbecue and pecan pie, the segregated society—and including personal encounters with Elvis, Martin Luther King Jr., and E. H. “Boss” Crump. At the heart of it all is a family haunted by the memory of its domineering patriarch and the author’s struggle to understand his conflicted loyalties.

“It began with a death in the family. My Uncle Ed, the most debonair of the clan, a popular guest of the Gentile social clubs despite being Jewish, had succumbed at age ninety-five with a half glass of Johnnie Walker on his bedside table. I came down to Memphis for the funeral.

“July 12. Midnight. We sit sweating on Aunt Rosalie’s screened porch beneath a revolving brass fan, the temperature still nearly ninety. For the first time in decades, all the living cousins and nephews and uncles and aunts have been rounded up and thrown together. But only a handful of us remain awake now, dull from the alcohol and the heat, sleepily staring at the curve of lights that wander from the porch through the sweltering gardens to the pool. The sweet smell of honeysuckle floats in the air.
Somewhere, in a back room of the house, a Diana Krall song softly plays.

“I wipe my moist face with a cocktail napkin, then let my head droop against my chair as I listen to Cousin Lennie hold forth. Now in her mid-eighties, Lennie first scandalized the family in the 1940s when, in the midst of her junior year at Sophie Newcomb, she ran off to Paris with a man. Since then, even during her various marriages, she has occasionally disappeared for weeks at a time.

“’With due respect to the dead,’ Lennie whispers to me, ’Edward trampled your father. Always.’”