I’ve lived in Southern California ten years as of this week, which is as long as I’ve lived anywhere in my entire life, and it’s one of the last places I’d ever have imagined I’d end up. Granted, I still might not end up here, literally; I hope I’ve still got a few good decades left, and I certainly I hope I’ll be spending them with the native Southern Californian I married almost six years ago, and so any move I make away from this region will be one we make together.

And so, on the occasion of our tenth anniversary together, here’s the first half of my SoCal Top Ten: the good stuff.

THE WEATHER. Yes, it’s a cliche. And yes, we have mudslides and wildfires and earthquakes (but there’s no such thing as “earthquake weather”). But we have days and weeks and months of cool, clear mornings and evenings, days that don’t get unbearably hot, and minimal humidity. It’s easy to adapt to it, and hard to think about readjusting to less perfectly temperate climate.

THE GEOGRAPHY. The variety within less than a hundred miles in any direction is marvelous. The coast, the beach, the mountains, the desert, the forest, the city, the suburbs, the farmland…it’s all right here, and it’s not hard to get to any of it.

THE ODD SENSE OF FAMILIARITY. Most of our visually-based popular culture–that is, movies and television–is created here, and it’s not uncommon to visit someplace new and feel like you’ve seen it before. You probably have–it was on a screen somewhere, but it’s not so new to you after all.

THE PEOPLE-WATCHING. That visually-based popular culture has done a lot to establish a particular L.A. “look”–and it’s real. But on any given day, you’ll probably see more people who DON’T conform to it than who do, and many of them–bless their hearts–are perfectly comfortable cultivating a look all their own.


THE SENSE OF POSSIBILITY. The “California Dream” has probably always been just that, to be honest, and most people probably don’t manage to get all that close to it. But it continues to have a hold on those who were born here and those who come here from everywhere, and it still encourages reinvention and exploration. 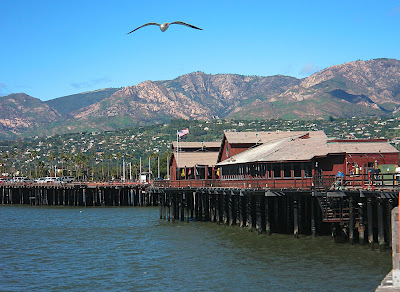 I came here ten years ago because my marriage was over (my first one–at that stage, I had no expectation there might be a second), my son was about to go off to university, and my extended family–my sister, her husband and kids, and our father–had already migrated to the West Coast. If you’re going to reengineer your life, it’s good to have a support system at hand, and it’s very good to do it in a place that thrives on the very idea. It’s not perfect, though–and that will be my next list.

(Note: Edited and re-posted to correct some serious formatting issues that were probably obvious only if you came here to view to post.)