You may have heard that the Sunday Salon closed to new members a while ago for technical reasons; the feed aggregator it uses for participants’ posts had reached capacity. Well, have you heard that it’s re-opened – as a Facebook group – and both old and new members are invited to join up there? Group members can link up their Sunday posts on the FB page and easily comment and have bookish discussions with one another there. If you’ve wanted to join the Salon conversation, come and try it out now – all you need is a Facebook account!

I ended 2010 with a book purge. I don’t delete books from my LibraryThing catalog, because I want the record that I did have them, but I set up a new collection called “donated/unshelved.” The books I put there came from several places:

In addition to the already-read books I’m passing on, I removed about 40 books from the “to read” collection – which still leaves just over 300 there. There are 90-some-odd books, most in very good condition, headed to the Friends of the Library bookstore, and the total count in the “donated/unshelved” collection from all points of origin currently stands at 185. 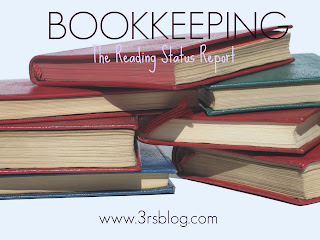 New additions to TBR Purgatory:
For me, purchased:
The Accidental Billionaires: The Founding of Facebook, by Ben Mezrich
29: A Novel, by Adena Halpern (from the wishlist)
Anne Frank: The Book, The Life, The Afterlife, by Francine Prose (from the wishlist)


New to the WishList:
Life Would Be Perfect If I Lived in That House by Meghan Daum
Healer: A Novel by Carol Cassella
Faith: A Novel by Jennifer Haigh
Doc: A Novel by Mary Doria Russell
The Imperfectionists: A Novel by Tom Rachman
Left Neglected by Lisa Genova
An Exact Replica of a Figment of My Imagination: A Memoir by Elizabeth McCracken


Upcoming reviews:
The Lotus Eaters: A Novel, by Tatjana Soli
Let’s Take the Long Way Home: A Memoir of Friendship, by Gail Caldwell
The Immortal Life of Henrietta Lacks, by Rebecca Skloot

If you missed my 2010 in Review/Books of the Year post, here’s the list:
Adult Fiction:
The Irresistible Henry House, by Lisa Grunwald
Red Hook Road, by Ayelet Waldman
A Fierce Radiance, by Lauren Belfer
YA Fiction:
The Disreputable History of Frankie Landau-Banks, by E. Lockart
The Heart is Not a Size, by Beth Kephart (my Author of the Year)
Nonfiction:
Sisterhood, Interrupted: From Radical Women to Grrls Gone Wild, by Deborah Siegel
In the Land of Believers: An Outsider’s Extraordinary Journey Into the Heart of the Evangelical Church, by Gina Welch
I still have a few openings for guest bloggers later this month. If you’d be up for helping a blogger out, get the details – and then get in touch with me!