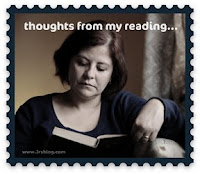 Thoughts From My Reading is an occasional feature in which I consider my reactions to books beyond the scope of my typical review.

It was 1981, and as I neared the end of my high-school career, it was hard for me to fathom that legal equality for women wouldn’t be in place by the end of the decade. Despite side issues like the “unisex bathrooms” debate (which I had with my best friend – I should have realized then that she’d wind up far more conservative than I would), it just made sense to me that the Equal Rights Amendment (ERA) would become law by the time I was an adult, capping more than a decade of social and legal progress for women, led by the prominent feminists of the 1970s. While I was too young to understand fully what that movement was doing, I knew it would benefit me and the women of my generation. Thanks to them, we grew up hearing that “girls can do anything boys can do” – and while biological factors kept that from being strictly true in all cases, why shouldn’t we expect rights and privileges equal to men?

Flash-forward to the end of the decade. The ERA had quietly expired a few years earlier, and other than the ongoing debates over abortion rights and pay equity, the discussions that feminism had fueled seemed to have faded as well. I had earned a college degree and didn’t see any reason why my sex would get in the way of my career ambitions…and it hasn’t. However, in a throwback move, I was also married and a mother by the time I was twenty (not entirely retrograde, though, given that the pregnancy preceded the marriage), and saw no reason that those facts should hinder my career plans, either – and while they affected some of my decisions, for the most part, they didn’t. Shared domestic responsibilities, quality child care, family-friendly workplaces – my relationship to issues brought to prominence by the feminist movement had become more personal, if not in the “personal is political” sense.

I was old enough to be aware of what second-wave feminists had done – although I wasn’t aware of the term “second-wave feminist” till years later – and young enough to share in some of its gains without actually having been part of that wave. But women a few years younger than me had a different frame of reference: they had also benefited from what the second wave achieved, but weren’t always fully aware of how it was achieved; they revived the questions asked decades earlier, sometimes ignorant of – or indifferent to – the fact they weren’t the first to ask them, and began to raise new ones. They questioned whether the work of feminism was even still necessary, and didn’t agree on the answer; some younger women viewed themselves as “post-feminist,” and believed that feminism as a movement was well over. Others saw the need to keep the movement alive and evolving in response to a changing world: they identified themselves as the “third wave.”

My recent reading of Deborah Siegel’s Sisterhood, Interrupted (my review) and, to a lesser extent, Marisa Meltzer’s riot-grrrl-informed Girl Power: The Nineties Revolution in Music (my review) made something clear to me: I surf the third wave. I should have known this already – and perhaps at some level I did – but I’ve never labeled my beliefs so specifically before. Before this reading, I’m not sure I’d seen them defined and discussed in a way that I could both recognize them as mine and see where they fit into the big picture of 21st-century feminism. As I stated in my review of Sisterhood, Interrupted, I fully believe that feminism’s work is far from over.

The “first wave” of feminism fought to win women the right to vote; they eventually succeeded. After lying dormant for several decades, the second wave arose to challenge social and legal barriers – socially-prescribed domestic roles, sex-segregated jobs, unfavorable property laws – and its record after twenty years was mixed. Given that, it seems evident to me that feminism still has plenty of challenges to tackle; it’s changed and grown more diffuse in its focus, but so has the world in general. It has far more work to do in some portions of the world than others; women who were more educationally, socially, and economically privileged to begin with continue to be more privileged by feminism’s gains, and able to argue over more esoteric questions than women who haven’t yet fully secured the gains of the second wave, let alone the third. The third wave is fighting for the world – and as the early third-wavers the riot grrrls understood, we still need the power of sisterhood to win it. Individual empowerment and a variety of role and lifestyle choices certainly represent progress, but there’s still so much genuine change to the underlying social system yet to be made. I first identified as a feminist thirty years ago, and while the label has come into and out of fashion, I remain proud to claim it.