TV doesn’t seem to have “seasons” any more. I grew up with the arrival of fall meaning the start of both the school year and the new TV shows. Shows that didn’t last the full season were replaced in late winter, and summer was “rerun season,” which was basically a good excuse to leave the TV off and get out of the house to enjoy the long evenings (or stay in and catch up on your reading).

It’s different now. Between DVRs and TV series on DVD – and not even counting the places where you could watch streaming video online if you wanted to – you could almost create your own TV viewing seasons. Meanwhile, with more networks and channels than ever before, new shows can be introduced year-round. Some of my favorite shows of the last several years have been spring or summer starters.

At my house, it’s officially summer when Burn Notice comes back – s

o it’s officially summer now! We’ve been hooked on this show since it started three years ago, and reluctant ex-spy Michael Westen is finally learning the story behind who “burned” him and why. That’s shifting the overall story framework of the series a bit making its tone a little darker, but at this point, it’s the characters and their interaction that keep me coming back, and I think they’d quickly ensnare a new viewer too. Michael is still the accomplished, focused role-player whose soft spots are seldom revealed but whose loyalties are strong. Fiona is fearless and resourceful, Sam has the contacts and balances out the team, and Michael’s mother Madeline is…well, still kind of annoying, actually, but necessary. (Yes, this is a USA Network show – “characters welcome.”) The action is fast and so is the dialogue, and the Miami heat of the setting comes right through.

The setting of White Collar comes through in its own right, but here it’s New York City. This show will be entering its second season, but it hooked me right out of the gate as well. The premise is admittedly a stretch – an art thief is sprung from prison by the FBI agent who put him there in order to be put to work as a “consultant” on white-collar crime cases – but again, it’s the characters that put it across and make it all work for me. Neal Caffrey radiates style and charisma; it’s not hard to imagine that his sophisticated tastes started him down the criminal path, and it’s not always clear where his loyalties lie. FBI agent Peter Burke may bend the rules sometimes to get the job done – it was his idea to bring on the ex-con consultant – but his wife Elizabeth helps keep him grounded. I’m looking forward to seeing where these characters will go this season. We watch this one with Katie, and I can see Spencer joining us before too long – Jennifer Wagner at Connect With Your Teens recently posted about parents and teens watching this show together.  (BTW, White Collar will supposedly have a panel at San Diego Comic-Con next month – fingers crossed it’ll be on Thursday or Friday! Please?)

Summer’s a great time for TV on DVD, and we’re using it to catch up with two shows we’ve missed up till now. Just before we left for vacation, we finished the first season of Mad Men. I’m loving it, and kicking myself for being so late to the party on this one. While the other two shows I’ve talked about here are fast-paced, Mad Men‘s story and characters are revealed much more slowly…and I appreciate that. The drama resides in and is driven by the characters, and it comes from ordinary life, not high concept. I like being able to immerse myself in a show, and this one unfolds in a way that allows for that. The look of this show is so utterly right for its time period – I swear I remember some of that furniture and those clothes from my own childhood. The tone is right, too – when we talk about what the characters are doing, my husband and I have to keep reminding ourselves that society and culture have changed a lot during our lifetimes, and that just 50 years ago was quite a different time. Mad Men will be starting its fourth season this summer too, but since we’re still so close to the beginning of the series, we’ve decided this will be a DVD-only show for us – we won’t watch it as it happens. (But I’m quite sure I’ll read recaps.)

The other show we’re playing catch-up with isn’t on any more, so we’ll be able to experience it in its entirety. My

on DVD for Christmas, and we are remedying a serious gap in our Nerd Cred by watching it (no, we completely missed it the first time around – shocking, I know!). One reason I’d been indifferent to this show is that I remember the first Battlestar series, an product of late-1970s Star Wars bandwagon-jumping with a very high cheese factor, and just couldn’t grasp why a remake was worth doing. The answer: it was worth doing because it was done so much better – this version is very low on the cheese, at least thus far. Again, we’re only part-way through the first season, and our viewing time is a bit more restricted – Katie has been drawn into the show along with us, so we’re only watching when she’s at our house, but Spencer’s not ready for it yet (thank goodness he still goes to bed by 8:30!). We’re still getting to know the characters and the mythology, and both aspects are fascinating; making the character of Starbuck a woman was genius, and the always-lurking question of who might really be a Cylon remains a source of suspense. I also have to mention how much I like the music on this show – it really works to add to the intensity. Also, props must be given to BSG for coining the immensely useful word “frak.”

Are you spending any time on good TV this summer – or do you just plan to catch up your reading? 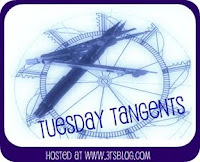