I know, I celebrated a blogiversary and a birthday last month…and then I disappeared! It wasn’t intentional – in fact, it was a surprise to me too.

I had plans to work on some post drafts and spend a good amount of time reading during my extended Birthday Weekend, but…well, you know how it goes with plans sometimes. I wound up using that time for some housecleaning and shopping instead, and once I returned to work I was plunged right back into the audit-season maelstrom. However, for once, I decided NOT to put up a placeholder post OR beat myself up over not posting for a couple of days. Posting may be inconsistent around here for another few weeks, actually, so I hope you’ll bear with me.

Next week’s posting may be inconsistent in a different way from what I usually mean by that: I’m planning to participate in The Music Diary Project. What’s that, you ask?

“I’m in a strange hinterland between being a music writer and a regular fan, and the differences in behaviour intrigue me. One set, to an extent, relies on another for recommendations, when the two sets are very different and the dissonance this may cause could mean that those recommendations are unreliable. But that’s only one tiny aspect.

I’m going to suggest the first full week of April (Monday 4th to Sunday 10th) for this little social experiment, and I want you to join in. If you’re a music fan, writer, lover, maker, or whatever, and you keep a blog or website of any kind, join in. For a full week make a note of everything you listen to, and any contextual details you care to add to it, and throw it up online. You might want stick something on Tumblr every time you listen to something, or you might save up and write a massive missive at the end of the week. You might list every single song in detail, or merely impart in passing that you spent an hour with a dubstep playlist. Just tell us about it.”

Between my iPod playlists and Pandora, I listen to music near a computer nearly all day long, so in theory, it should be easy to toss music-related thoughts up on Tumblr (which I haven’t used much lately) as I go along; my intent is to recap those here a couple of times during the week. We’ll see how it works out – if things get away from me next week like they did this week, it won’t amount to much, but I think it could be fun. Why don’t you join in, too?
I’ve fallen behind on blog-reading as well as -writing, but I do have a few links to share. It’s a bit heavy on the blogging-about-blogging theme…considering how little blogging of any kind I’ve done this week, I can’t decide whether that’s appropriate or ironic. 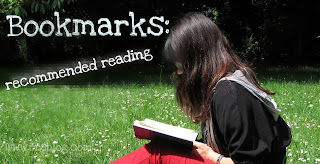 On a slightly more literary track, we have these:
Jill dissects the appeal of the Byronic, addressing the question “What IS the deal with Rochester, anyway?” (Well, that may not be your question, but it’s been mine for years – I think maybe I get it now, but personally I still don’t see it)
It’s official, according to the OED: Los Angeles IS “La-La Land”

You may not know the term, but you’ll recognize the examples that define a “paraprosdokian”

Hope to see more of y’all next week!