One reason I’m glad to be Armchair BEA-ing is that the sheer number of exhibits on the convention floor looks like an awful lot to take in. Take a look at this list and see what I mean – holy moly, y’all! The LA Times Festival of Books is scaled a lot more comfortably for me, it seems. Now, I’m not saying I’d blow off BEA – if I had the opportunity to go – just because it’s so big; however, I have a feeling sensory overload could be a real problem for me.

Still, the chance to get an early look at so many new and upcoming releases is seriously tempting. The New Title Showcase is a sort of sub-exhibit within BEA, which looks to offer a spotlight to all varieties of books and publishers. Skimming their listings, it looks particularly beneficial to self-published works and smaller publishers who might not get exposure to such a large pool of potential readers otherwise. I searched the offerings in a few of my favorite categories and genres, and one thing really stood out: there are a LOT of self-published memoirs out there! I like memoirs, but I don’t think I’m the target reader for most of the books in this particular showcase and would be likely to bypass many of them. Some of these may show up in your e-mail one day as pitches from people who haven’t read your review policy. Having said that, I have to admit the title Surviving Life as a Dumbass has quite a ring to it…but not enough to make me want to read it, really.

Unlike some book bloggers, I’m not always attentive to the publisher behind a particular book, but I’m thinking I should change that, because no one jumps out at me as a “must visit” when I skim the exhibitor list. That’s probably at least in part because so many of the review books I get come from intermediaries – tour groups, independent publicists, and LibraryThing – that I don’t have the direct publisher contacts that many other book bloggers have. (Then again, I’ve already received advance copies of a couple of BEA featured titles – Lauren Belfer’s A Fierce Radiance and Oscar Hijuelos’ Beautiful Maria of My Soul – through those intermediaries.) I recognize some of the exhibitor names from LATFoB, so if I didn’t get to them at BEA, I might make a point of looking for them at UCLA next spring.

I’m not sure I’d be going into BEA with intentions of bringing back much in particular, actually. While I understand that tickets are needed for most of the signing sessions – and that requires making decisions ahead of time – I think that as far as books are concerned, I’d just as soon wander around and see what catches my attention, since I don’t really have much of a book-acquiring agenda. And yet… 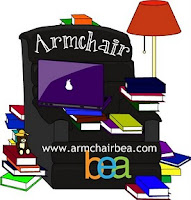 Having just finished my third Beth Kephart novel, I’d probably seize the opportunity to grab a copy of her upcoming Dangerous Neighbors (and ask her to sign it, too!). I’m intrigued by what I’ve heard about the novel Life After Yes by Aidan Donnelly Rowley and Tara Parker-Pope’s For Better: The Science of a Good Marriage. I don’t read many celebrity authors, but did you other ’80s casualties know that Rick Springfield has written a memoir? Having said that, though, I think my most exciting find in the book/author list is from a celebrity author – my beloved Jon Stewart, who has authored Earth (The Book): A Visitor’s Guide to the Human Race with the writing staff of The Daily Show (and who will be appearing at the Adult Author Breakfast!). Now there’s an event I might try to score a ticket to, but I wouldn’t want to be ID’d as Jon’s stalker…

Of course, the particular books available at BEA will vary from year to year, and if I were to attend next year, chances are that I’d go in with more titles on my wish list – since I would have planned to be there, I’d have paid a lot more attention during the months leading up to it. And I get the sense that the advance work would really be a smart idea, since at this point, just perusing the lists tired me out!